In every industry, there are big brand names and generics: there’s Nike for workout clothes, Gatorade for sports drinks and Dior for fragrances. If you’re a savvy shopper, though, you know that all industries also have “dupes,” or look-alike products that work just as well as the more expensive brand-name item.
In the world of workout recovery, Theragun (now rebranded as Therabody) has snagged the top spot as the gold standard in percussive therapy, a fancy way of saying “punch your muscles till they loosen up.” It’s a great tool to help increase blood flow in specific areas of your body where you use it, and support recovery by relaxing and releasing tension in your muscles.
Don’t get me wrong: I have a Theragun, and I love it — this isn’t a knock on the brand — but I don’t think it’s worth the cash for people who don’t need intense percussive massage multiple times a week. With a Theragun dupe, you’ll still be looking at about $100 to $200 for a high-quality massage gun, but that’s a big savings compared to $399 or $599 for Theragun’s two luxury models.
The market is chock-full of Theragun alternatives that can surpass the needs of most people — here are six of the best.

Price: $174 at Amazon | Savings compared to Theragun Pro: $425
Trigger Point is a well-known brand that makes foam rollers and other muscle recovery tools. The brand made its foray into percussive massage in early 2020 with the Impact Massage Gun, and I was unsurprisingly impressed with the quality. After using Trigger Point foam roller and massage ball for years, I knew this would be a good product.
The Impact Massage Gun is shaped a little funny, but don’t let that deter you from trying it: It’s equipped with four speed settings, reaching up to 3300 repetitions per minute. Additionally, the interesting design actually makes it more ergonomic than many alternatives, so it’s easier to reach tough spots like your mid-back.
It’s also relatively quiet but still mighty. The only complaint I have about the Impact Massage Gun is that it only comes with one massage attachment when most other competitors come with at least three and up to 10 attachment heads.

Price: $130 at Amazon | Savings compared to Theragun Pro: $469
The Fitpulse Muscle Massage Gun is a great high-quality Theragun alternative with 30 speed settings. Even the most luxurious of models cap out at eight to 10 speeds, jumping 100 to 300 repetitions per minute in between settings. The Fitpulse reaches 3,200 repetitions per minute over 30 intervals, meaning you can precisely dial to a speed perfect for your current level of soreness.
There’s one issue to look out for: you can’t dial down on the current version of the Fitpulse gun, only up. So if you were at level 15 and want to go back down to zero, you have to keep notching up past level 30 to “start over.” Because everything else on the product is top-notch, I don’t think this should be a dealbreaker for most people.
This Theragun alternative also comes with 10 different massage attachment heads, which is the most I’ve ever seen — most massage guns, even the big name brands, come with between three and six attachments.

Price: $130 at Amazon  | Savings compared to Theragun Pro: $469
I’ve tested upward of 20 percussive massage guns, and this Sportneer massage gun has remained one of my favorites. This is a great Theragun alternative for people who want less force but still need an effective self-massage tool.
I, for one, love the Sportneer because I can actually use it when my muscles are sore and tender — some massagers (like the Theragun, I must say) tend to be too powerful to use on sore muscles. Whereas I can typically only use a Theragun on days I’m not sore, I can use the Sportneer at any given time.
As for specs, the Sportneer model comes with six massage attachments and a carrying case. It has five speeds to work with and a low noise level with a maximum sound level of 55 decibels. At just 1.8 pounds, it’s also reasonably portable.

Price: $159 at ExoGun | Savings compared to Theragun Pro: $440
Don’t be shocked by the list price of this massage gun: I’ve kept an eye on the ExoGun Dream Pro Massage Gun for an entire year, and I have never once seen the thing selling for the list price of $599. At $159, the ExoGun Dream Pro is a great value. Plus, if this is your first time purchasing from ExoGun, you can take an extra 5% off by signing up with your email.
I’ve tested this massage gun myself and can say the quality is close to the ranks of Theragun and Hypervolt (the other big name in the percussive massage arena). The ExoGun Dream Pro is one of the quieter massage guns I’ve used, which is a big bonus for people who get agitated by the loudness of some percussive massagers. It definitely excels in the noise level department.
ExoGun strikes your muscles with 60 pounds of force and at speeds up to 3200 repetitions per minute. The battery lasts up to one month, and it arrives with everything you need for the ultimate percussive therapy regimen: an organizer, charging cable and four different massage attachments.

Price: $130 at Amazon | Savings compared to Theragun Pro: $469
I would recommend the Fusion Muscle Massage Gun as a Theragun alternative to people who are looking for something that’s more of a vibration than a “punch.” Theragun is famous for its massage guns that reach 16 millimetres deep into your muscle tissue. That intense amplitude definitely works to break up muscle knots, but quite frankly, it’s just too much for some people.
When testing out the Fusion Muscle Massage Gun, I noticed the force was not as intense as the other guns on this list — and that actually felt like a good thing to me.
Not everyone wants to literally punch themselves all the time, and the Fusion massage gun offers a way to get an effective self-massage without hurting muscles that are already sore.
You probably won’t experience the benefits of deep-tissue massage with the Fusion massage gun, but this product definitely suffices for general pain relief and treatment of sore muscles.

Price: $199 at Theragun | Savings compared to Theragun Pro: $400
I know, I know. This is not a Theragun alternative. It’s still a Theragun, but a tiny one that only costs $199, which is on par with some of the Theragun alternatives on this list.
If you’re truly dying to try out a Theragun — whether you just think they’re cool or you really want to see what’s up with their proprietary technology — the Theragun mini is a good place to start.
The Theragun Mini is surprisingly powerful for being almost pocket-sized, and it’s obviously very portable. It still packs a punch of up to 2400 percussions per minute, and the battery lasts for up to 150 minutes of continuous use. The Mini comes with one head attachment (the standard ball) and has three speeds to choose from.
This Theragun will get the job done for most people who exercise regularly — if you’re not an elite athlete, you probably don’t need the entire suite of features that comes with the Theragun Prime, Elite or Pro.

Once you decide which massage gun is right for you, set a Deal Alert so you will be notified the next time there’s a
sale. 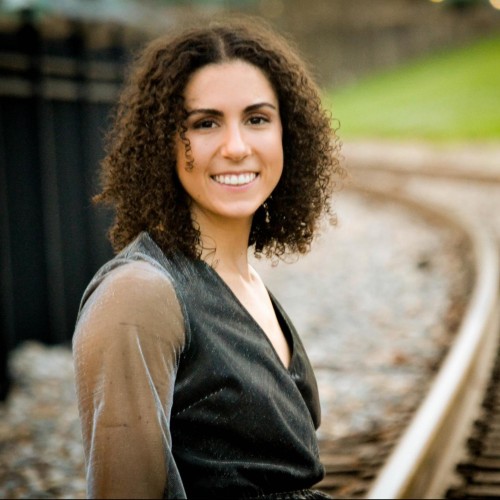 How to Snag the Best 24 Hour Fitness Membership Deals

Review: Are These Bowflex Adjustable Dumbbells Worth It?