If You Love A Show, Should You Stream It or Buy It?

If you love a TV show, almost any TV show, it has never been easier to watch it whenever you want. Between streaming services, digital downloads, and DVDs and Blu-Rays, you can always have your favorite show at your fingertips. Yet having it available at the right price may be a little more complicated.
Should you buy the series or just count on bingeing it through a streaming service forever? We’re taking a look at three test cases to help you determine which option makes the best sense for you and your favorite show.

When it comes to watching a favorite TV series for years to come, you have basically three options: buy the Blu-Ray or DVD season or series sets; buy a digital version of the series from online storefronts like Prime Video and iTunes; or continue to stream it through various services.
While there are pros and cons to each option, there are a few basic things to consider before you make your decision:

So which option is the most financially sound? Let’s take a look at a few popular shows to see how different factors may affect your decision.

Who Owns It: Warner Bros. Television
Streaming On: Previously Netflix (starting at $9/month), currently HBO Max ($16/mo)
Airing between 1994 and 2004, Friends was a blockbuster at the time and it’s been a centerpiece of home video ever since. In fact, you can get the whole series on DVD for roughly $60 new or on Blu-Ray for $90. And during the holiday shopping season, we’ve seen that price dropped by nearly 50%. Buying the series to stream directly, though, will be more expensive. Amazon currently has seasons for $10 to $20 a pop.
Still, that may be a better deal than choosing HBO Max just for hanging out at Central Perk. HBO Max has an enormous library of content from the vaults of Warner Bros. Pictures, Warner Bros. Television and its subsidiaries. If there are a lot of shows you know you’ll watch, it’s definitely worth it. (Although it may not be on Amazon devices or Roku for a while.)
But strictly to see Ross and Rachel go on a break?  You’re better off with the discs or even buying the show digitally, budget-wise.

Who Owns It: NBCUniversal
Streaming On: Currently Netflix, heading to Peacock in 2021
The Office is another major show that’s incredibly popular on Netflix. However, it’s also leaving Netflix and hopping over to its owner’s streaming service, Peacock, in January 2021. The big question mark here is whether Peacock will have the Scranton gang on their free tier, which is ad supported, or on its “premium” tier, which will cost $5 a month.
Free is free, so let’s assume either you don’t want the ads, or that Peacock tucks it away where you have to pay for it. While the show is relatively expensive digitally if you buy season by season, there have been deals on some platforms as low as $30 for the whole series. The full series is also available on DVD for $50, but there is no Blu-Ray complete series set available at the moment. You’ll have to cobble together all nine seasons, one $15 to $20 set at a time.
This is one case where it makes far more sense to stream the series than it does to buy the discs, at least in the short term. And if Peacock makes it free, even better.

Owned By: ABC Studios
Streaming On: Currently Netflix and Hulu ($8/mo with ads, $12/mo without)
Grey’s Anatomy, the long running medical drama, best illustrates the modern TV fan’s dilemma when it comes to picking streaming services. Digitally, it runs between $15 and $20 a season, with the discs costing between $25 and $40. And there doesn’t appear, at the moment, to be an official full series set, which may change when the show wraps. So that makes streaming a better deal, but for how long?
Currently, the entire show is available on Netflix, with season 16 having arrived in May. The full series is also available on Hulu. The main question is, how long will it stick around (at least on Netflix)? The show is owned by Disney, which not only has the streaming service Disney+, but also also owns a 67% stake in Hulu after it bought a chunk of Fox in 2019. Many believe Disney is waiting for its contract with Netflix to run out, but it’s not clear when that might be.
Both Netflix and ABC have been very tight-lipped about their deals, but what we do know is that back in 2010, they signed an agreement where Netflix would stream ABC shows. Some shows mentioned in that decade-ago press release, like LOST, have since left Netflix, but others remain. It’s likely driven by a mix of decision makers, including Netflix, ABC and the show’s production company, but nobody except those involved really knows for sure.
For now, the safest bet is that it’ll stay on Hulu, at least, and likely it’ll be on Netflix for the next few years as the show continues airing. But once the last chart is filed at Seattle Grace, some big moves may happen. And that could make buying a digital version an attractive decision.

Whether you decide to buy the discs or just sign up for a new streaming service, set up a Deal Alert. We’ll let you know whenever a new sale or discount is posted to our forums. Additionally, check out our Entertainment Deals page for current offers. 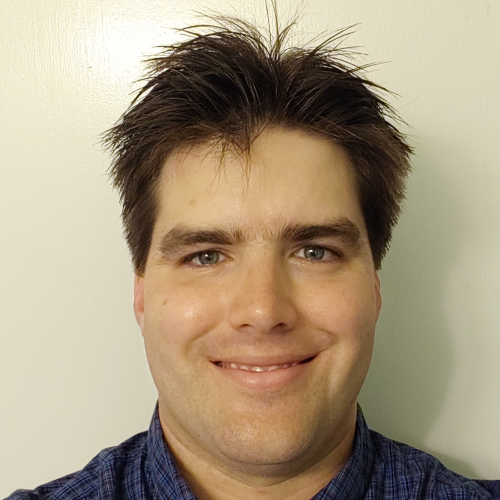 Dan Seitz
Dan has spent more than a decade covering smart home tech, services, phones, social media, and all the other tech that surrounds our day-to-day lives. He's been published at Uproxx, Popular Science, Mashed, Lifewire, Upworthy, Cracked, and a host of other sites across the internet.