Even when you’re trying to save a few bucks, there’s nothing worse than settling for a mediocre meal. But thankfully, you don’t need to pay hundreds of dollars (or more) to experience the best of the best. While they may not include over-the-top tasting menus and wine pairings, there are cheap Michelin star restaurants out there that deliver unforgettable dishes at prices more affordable than your average night out.
In some cases, keeping your bill down is all about deciding when to eat and where to sit at the restaurant. For instance, many diners opt for budget-friendly breakfasts or prix fixe lunches for the chance to try a highly-rated joint. Others simply sit at the bar and pay modest prices to sample snack plates. And even better, some Michelin star restaurants straight up serve amazing food for as little as $1.50 a plate.
Paying $25 or less to eat at a world-renowned restaurant is a deal no one should pass up. We’re taking a look at a variety of Michelin star restaurants around the world that offer incredible food at an affordable price.

If you’re ever in the Washington D.C. area, treat yourself to this two-Michelin starred restaurant that won’t break the bank. During lunch, there are bento boxes available for only $17.50, which come with a variety of main course options, such as grilled salmon, fried oyster and more. In keeping with the Japanese tradition, the meal includes more compartments for vegetable and shrimp tempura, along with sashimi. It’s also served with rice, miso soup and pickles.

Italian food can be inexpensive, too. All you have to do is sit at the bar in Masseria, a one-star Michelin restaurant in the Union Market area of D.C. Avoid shelling out a couple hundred dollars for a sit-down meal here. Instead, grab a drink and enjoy quality bar snacks for a mere $2. The fried rice balls along with the calamari are extremely popular.

Spend less by focusing on the carbs at Washington D.C.’s Tail Up Goat (one Michelin star). There are a surprising number of unique bread and pasta meals for less than $25 here. A couple of must-try items are the $17 seaweed sourdough filled with smoked mahi-mahi, and the ricotta cavatelli in a red wine and rabbit ragu.

Yakitori is skewed chicken in Japan, and there are all kinds of options at New York City’s Torishin — some of which sell for as low as $4. Moreover, the restaurant has rice dishes with different preparations of crispy chicken, pickled broth and more going for just $20.

Looking for a Michelin-starred Indian lunch? Manhattan’s Junoon is it. A few of the main courses, like the mushroom korma and nizami paneer, come in at exactly $25. This restaurant exquisitely showcases the beloved cuisine alongside a contemporary atmosphere, which is what makes it really stand out.

A good taco is everything, and at Casa Enrique in Long Island City, NY, you can get two that are Michelin-approved for $13. Even the priciest fish tacos come out to only $17. It’s quite a steal, and the best part is, they deliver. That’s right, you can have the star tacos in the comfort of your own home. Imagine the decadence.

To really stick to your budget, head to Midtown Manhattan for dim sum at Café China. The menu has cold dishes for $7 and sweet potato pancakes for $5. For something more substantial, check out the $15 Kung Pao chicken or duck fried rice for $14. Either way, it’s a one-Michelin star place that’s definitely worth your attention.

New York City’s Nix is a one-Michelin star restaurant continuing to put vegan food on the map. The modern space is known for its shareable plates with the majority priced less than $25. The cauliflower tempura with steamed buns and house pickles are $24, while there are also lighter bargains, like the $17 kabocha squash dumplings.

Lunch is a true bargain at Chicago’s Blackbird, an elegant and innovative eatery that has been honored with one Michelin star. From country fried skate with kimchi and mustard greens to a chicken schnitzel that’s to die for, nothing here will cost you more than $22 during the day.

What was once a print shop in 1890 is now whipping up the most incredible one-Michelin star lunch rushes in Chicago. With prix fixe menus for $24, including an elevated duck liver mousse, carnaroli risotto and more, it’s no wonder locals and tourists alike can’t get enough.

Whether it’s breakfast, lunch or dinner, this hot spot has the ultimate under-$25 selections. At $18, try the hot chicken and waffles for brunch or breakfast. And as dinner approaches, come back for a juicy burger that’s paired with mouth-watering beef fat fries for only $15.

Brace yourself for another $25 prix fixe menu, but know that you’ll get more for your buck at Chicago’s Topolobampo. From starter to dessert, it comes complete with three courses, and all of the recipes, like the chilaquiles, carne asada and more — which can all be ordered for lunch — are inspired by Mexican cuisine.

Instead of dining during the day, you should consider staying up late for Lazy Bear’s two-Michelin star late-night menu in San Francisco. Starting at 9:30 p.m., you can snag duck confit rice for $13 or some yummy grilled trout belly for no more than $7, and that’s not even the half of it. There’s an extensive list of food that will keep you coming back for more, especially if you have the munchies.

Start your day right with a one-Michelin star breakfast at Napa’s Auberge du Soleil. It’s the ultimate France-meets-California combination that’s reflected in the decor and food. Be sure to try the chef’s duck confit hash and huevos rancheros specialties, both priced at less than $25.

Leave it to San Francisco to have an affordable Michelin star restaurant that’s redefining your standard vegetable and seafood concoctions. The creative chef provides healthier alternatives for his guests, and almost everything off the à la carte menu is under $20.

Formerly known as Hong Kong Soya Sauce Chicken Rice and Noodle, Singapore’s Hawker Chan was the second street food stall in history to earn a Michelin star. It’s famous for none other than its crispy soy sauce chicken with rice, but everything is worth getting, as all the food is priced at just $1.50 per plate. Order your heart’s desire and then some.

Considering this Tokyo favorite was the very first ramen shop to be awarded a Michelin star, it definitely needs to be at the top of your list. The chef’s broth is typically topped with truffle oil, giving it that extra level of flavor, but beyond the hot bowl of soup, give Tsuta’s soba noodles a try. Prices range from around $9 to $14, so you can’t go wrong with anything.

In Bangkok, the one-star Chim is putting a twist on traditional Thai dishes. It’s an “old meets new” philosophy that allows people to taste a blend of modern flavors that can’t be found anywhere else. Intrigued? Do yourself a favor and grab a table during lunch, as plates are only about $15, while dinner can be upwards of $60.

Tarragona, Spain is an underrated travel destination outside of Barcelona. In addition to the Roman ruins, the town’s Michelin-starred restaurant, L’Antic Moli, should be on every traveler’s radar, especially since a set menu during lunch can be as little as 15 euros (or around $16). Don’t be surprised if this restaurant gets you to explore the Catalan region even further.

For a classic German lunch worthy of a Michelin star, look no further than Fritz’s Frau Franzi in Düsseldorf. There’s a hearty deer stew, marinated beef with a truffle aioli, an assorted cheese selection and so much more all priced well under $25. Prioritize a pit stop if you’re ever in the area. 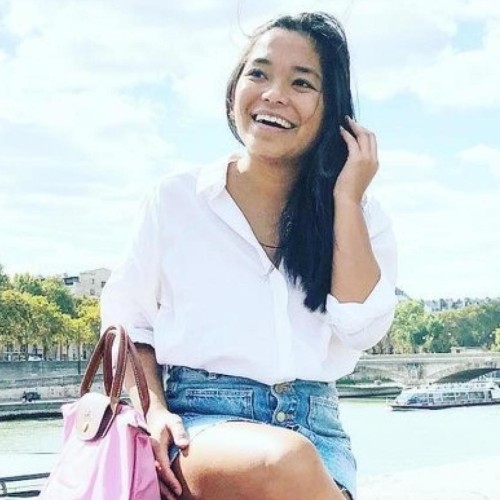 Stock Up on These 10 Asian Foods Available at Costco