The legendary Moto X returns to the Motorola family with a bit of an identity crisis — the last two Moto X models offered unique styling options through the Moto Maker system, and were considered near the top of the Motorola line. But with the addition of the Moto Z models and the removal of styling quirks like wood or leather backing, where does the Moto X4 land?
Does this mid-priced phone offer enough to make it worth considering? I purchased the Moto X4 (Android One version) at launch and after a couple months of use, have enough experience to help you decide if this phone is right for you.
threadID: 11025835
threadID: 11025611

At launch, only the Android One version of the Moto X4 was available through Project Fi, and I’ll be reviewing this slightly modified version while explaining the differences from the standard Moto X4. If you prefer, you can now buy the regular Moto X4, with the full range of Motorola features, or an Amazon Prime Exclusive version that is cheaper at only $329.99 but includes Amazon ads.
I’ve been a member of Google’s Project Fi wireless service for several years, and up until this new Moto X4, the only phones that would work with a Project Fi plan were either Nexus or Pixel devices. Motorola and Google decided to launch the Android One program in the United States by offering the budget X4 as an option to its users for a starting price of $399. With the Android One program, Google partners with other phone manufacturers to offer the “purest form of Android” with regular security updates and at least two years of OS upgrades.
Please note: the Moto X4 (standard version) and Moto X4 (Android One version) are two identical looking, but significantly different phones.
In order to meet the “pure” standards that Google is looking for, a variety of changes were made to the Moto X4 operating system. Namely, several Motorola gestures and options were removed, leaving only Moto Actions and Moto Display remaining. A Tempow Audio Profile (TAP) to control multiple Bluetooth devices was also removed, but more on that later.
Thankfully, the specs of the phone were unchanged and the new Moto X4 includes a mid-level Qualcomm Snapdragon 630 processor, 3GB of RAM, an extremely clear 5.2-inch 1920 x 1080-pixel screen, and either 32GB or 64GB of internal storage. The phone ships with Android 7.1.1 Nougat, but will be one of the first phones, after the Pixel devices, to get Android 8.0 Oreo. Plus, the Android One program guarantees that it will also receive at least an Android 9.0 update.

After owning the Moto X4 for several months, I have come to really appreciate the dual-camera’s quality and features. It is true, low-light photos don’t come out great, and the Depth or Portrait mode can be hit-or-miss, but the camera really shines in good lighting and has enough features to stretch your photography skills.
The twist-to-open Moto Action for the camera makes it easy to prepare for a picture on the move or one-handed, while the Depth Editor lets you play with selective focus to create a bokeh effect after you take a photo. The front-facing camera is 16 MP and great for selfies, while the rear cameras are 12 MP and 8 MP.
You can easily switch to the wide-angle 8 MP camera and grab some cool shots when the standard 12 MP may be too focused. The definition in the wide-angle photos is certainly lower, but it comes in handy when trying to capture an entire room or large vehicle. In addition to the hardware features, the Android One Moto X4 also benefits from free lifetime high-resolution backups in Google Photos, similar to the Google Pixel devices.
Replacing the unique wood or leather aspects of the old Moto X is a glass front and back with metal trim. The Moto X4 feels like a flagship in your hand and is noticeably better in person than the more affordable Moto G5 Plus, with its plastic construction. The only downfall with the glass back is the endless amount of smudges from your hands. I ended up buying a phone case as soon as I handled the “slick as ice” finish for the first time.
The fingerprint reader is as fast as the Moto G5 system, and the Moto X4 also adds NFC so that payments through Android Pay are quick and easy. On the bottom of the phone, you will find both a headphone jack (hooray!) and a USB-C port that is sealed enough to qualify the phone as IP68 water resistant.
Motorola’s TurboPower charging system can give you approximately six hours of battery life (depending on usage habits) after being plugged in for about 15 minutes, and the battery easily lasts a full day, even with heavy use. Plus, it charges faster and with less heat than the similar fast-charging system in my previous phone, the Nexus 6.
The Moto X4 display is extremely vivid and easy to see in daylight. While the black colors are fairly dark, you may notice the lack of true blacks when using the Moto Display to show notifications on the lock screen or when viewing content in the dark.

While the Moto X4 is only available with 32GB or 64GB of internal storage, it does have an expandable storage slot for a Micro SD card. I picked up a 128GB Micro SD card for $30 thanks to an awesome Black Friday sale found on Slickdeals, and thought all of my storage problems were gone, but I was wrong.
The setting to use a Micro SD card as Adoptable Storage is not compatible with any version of the Moto X4 due to file-based encryption. This means that you cannot install apps on the Micro SD; it can only be used to store media like photos, music, etc. This might not be a problem for many, but keep in mind that my 32GB Moto X4 only had around 19GB of storage available when it arrived with just the Android operating system installed. I personally have about 109 apps installed now, and only 2GB of internal storage remains.
Several features that are included with the standard Moto X4, are not included in the Android One version. The Tempow Audio Profile (TAP) system that helps enhance and control sound levels on multiple Bluetooth audio devices has been pulled. The Android One Moto X4 does include support for Bluetooth 5.0 and the ability to stream to multiple devices, but the included Android OS won’t get support for these features until the Oreo update. Speaking of audio, some users may miss the help of an extra vocal assistant. The standard Moto X4 makes use of Amazon’s Alexa voice control. However, the Android One edition is a pure-Google experience that leaves the vocal work solely to Google Assistant.

Is the Motorola Moto X4 (Android Version) Right For You?

The Moto X4 is becoming quite the deal, as discounts from Project Fi, Republic Wireless, and Amazon have dropped the price closer to $300. There are certainly some flaws in the camera that will have you missing out on shots in low-light or quick snaps on the move, but the camera hardware is solid for this price level and future software improvements could solve many of the existing problems.
Ultimately, the Moto X4 has the look, feel, and features that you’d typically find in a phone two to three times its price. This fact alone makes it easy to forgive its shortcomings for most buyers, including this particular X4 owner.
And right now, you can save $75 on the Android One Moto X4 or save $50 on an unlocked Motorola Moto X4 (standard version, works on Verizon, AT&T, T-Mobile, Sprint, and Google Project Fi).
threadID: 11025835
threadID: 11025611
See more smartphone deals on our Motorola Store Page.

Want to experience the Moto X4 for yourself? Enter to win a brand new Moto X4 (standard version), courtesy Motorola!
Special thanks to Motorola for sponsoring this giveaway!
Motorola Moto X4 Giveaway 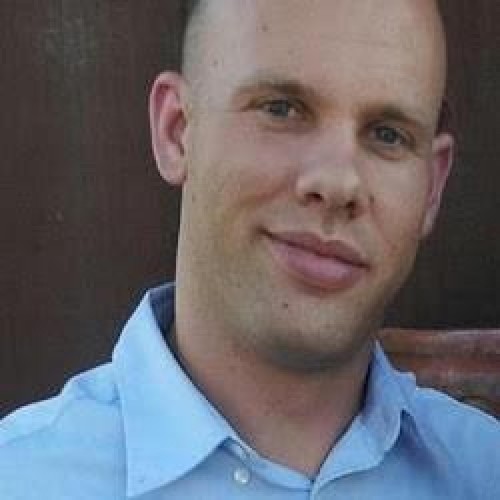