Where to Find Discounts on The Amazon Fire TV Stick 4K

The Amazon Fire TV Stick 4K has become one of the most popular streaming devices on the market, and it’s not hard to see why. It streams in 4K, has an Alexa-enabled remote control, and can stream content from tons of services including Netflix, Hulu, Prime Video and many more.
The device normally retails for $49.99, but Amazon is running a deal that’s bringing the cost down to $29.99, or $20 off the retail price.

This isn’t the best price we’ve seen so far, as the price was slashed by 50% to $24.99 on Prime Day. It’s still a solid offer, but the price could drop even lower in the future.
If you want to hold out for an even more tempting offer then you should set a Deal Alert. That way, you can be notified when a new deal goes live. If you already have an older Fire TV stick (or other piece of Amazon tech) and you’re looking to upgrade, Amazon is offering a gift card plus 20% off a new Fire TV stick when you trade in an eligible device.

Is the Amazon 4K Fire TV Stick Worth It?

Amazon’s 4K Fire TV Stick is one of several devices in the company’s arsenal of streaming technology. It comes with a voice-activated remote powered by Alexa, making browsing more convenient. Gone are the days of typing out your full email address with a remote control.
The device streams in 4K Ultra HD and boasts 8GB of storage. It has most of the capabilities of other Alexa-powered devices and can hook up to stream live video, play music and control household electronics like light dimmers and more.

Can You Stream Live TV On Fire TV Stick?

There are dozens of apps available for the Fire TV Stick, many of which allow you to watch live TV. Some apps are designed specifically around streaming live TV, while others offer live TV in addition to a content library. Fire TV Stick also allows you to pause and even rewind live TV.
Casting is another story, however. Fire TV Stick is incompatible with iOS and MacOS devices, although there are some apps in the Fire TV Stick store that attempt to work around this issue. Older Android devices will also not be able to cast to Fire TV Stick.

If you’re looking for more ways to stream live TV, there are tons of apps for the Fire TV Stick that you might be interested in. Many live TV apps are subscription-based and bundle multiple channels together, so we’re breaking down the relevant info for some of their most popular apps.
Hulu + Live TV
If you subscribe to Hulu + Live TV, you get access to over 75 channels directly on the Hulu app for Fire TV Stick. The subscription costs $69.99 a month with ads, but you can try it out free for seven days.

MLB.TV
The MLB.TV app on the Fire TV Stick allows subscribers to access live streams of baseball games and other MLB content. Subscriptions typically run $24.99 a year depending on which package you choose, but you can try it out for free for seven days.

Sling TV
A Sling TV subscription grants you access to live streams for dozens of top channels. Sling offers different content bundles, so you’ll want to do some research if you’re interested in subscribing.
The Sling Orange and Sling Blue bundles are $10 for the first month and $35 a month after that. Customers can also get both channels together for up to 25% off.

Should You Upgrade to the Fire TV Stick 4K? 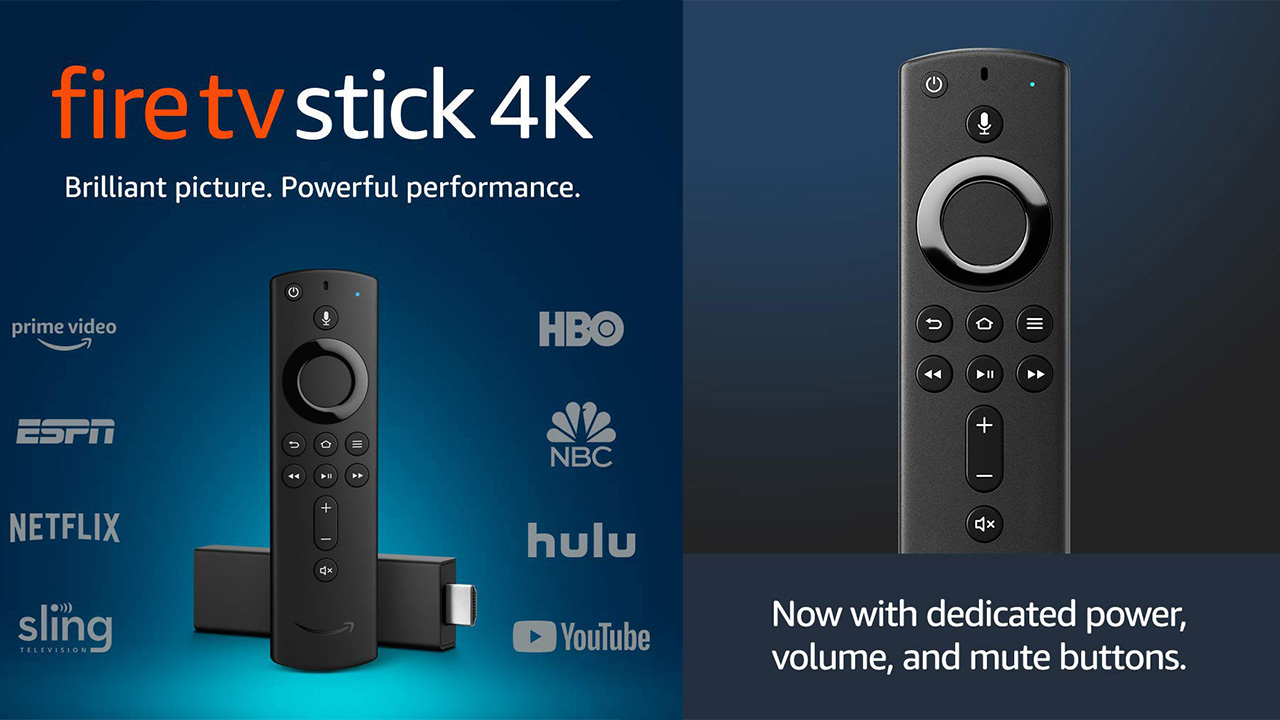 Not sure which version of the Amazon Fire TV Stick is right for you? Here’s a breakdown of what the available Fire TV devices have to offer.

If you’re still waiting to pick up a Fire TV Stick or other Amazon device, remember to set a Deal Alert with us so we can let you know as soon as a good sale starts up.
What’s Next: