Updated: Instantly Add 2TB of Secure Storage to Your iPhone with a VAVA SSD Touch

Update 9/28/20: As I mentioned in my original review (located below), I was evaluating a pre-production model of the new VAVA SSD Touch which did not fully support iOS compatibility. Apple fans will be happy to learn that VAVA has addressed this issue, and production models that are being shipped to customers will offer plug-and-play support for iOS, although you’ll have to provide your own USB-C to Lightning cable.
Since the initial lack of iOS support was my only major criticism, I’ve updated the “Features” score from a 9.5 to 9.8, and the overall score remains the same at 9.7 out of 10.
You can read my review of the VAVA SSD Touch in its original form below.

Do you remember the feeling of awe and excitement when USB flash drive capacities first hit hundreds of megabytes, or even one gigabyte? That’s how I felt when I unboxed VAVA’s new SSD Touch, a portable and secure storage device with up to two terabytes (2TB) of capacity.
Essentially an M.2 form factor SSD with an external housing, the VAVA SSD Touch features a sleek design, USB-C connectivity, and lighting-fast transfer speeds as well as password and fingerprint security.
With an introductory price of $79 for 500GB, will VAVA’s SSD Touch spell the beginning of the end for traditional USB flash drives? To answer this question for myself, I got my hands on a pre-launch version in Cobalt Blue.
Follow along as I put this tiny-yet-powerful storage solution through its paces.

The Most Luxurious SSD You’ll Ever Meet

As I opened the VAVA SSD Touch’s gift box-style packaging, I was greeted by a luxurious blue zinc and aluminum alloy casing — matte on one side, mirrored and glossy on the other. On the top side, a square fingerprint reader is located next to the VAVA logo and features a blue LED when the drive is in use.
By design, an SSD doesn’t have any moving parts, so it’s naturally more resistant to shock than a traditional hard drive, and the metal casing (which is also available in Space Gray) claims to “prevent any data loss from drops up to 4 feet.” I’m just going to trust this statement because I don’t want to scuff up the shiny exterior!
The VAVA SSD Touch measures just 0.35 inches thick, 1.18 inches wide, and 3.94 inches long. For reference, it’s about the length of one and a half Hot Wheels diecast cars, which means it’s small enough to fit in basically any pocket or bag.
Also included in the box are a suede travel pouch, a USB Type C-A cable and a USB Type C-C cable. Both cables are short enough to fit inside the double-compartment pouch, making the VAVA SSD Touch extremely convenient to transport.

The Fastest Transfer Speeds in the Palm of Your Hand

The concept of external storage drives isn’t new, and the benefits are clear for those who use them regularly. Some popular scenarios include: transporting large amounts of data, sharing your work files, or backing up important documents and media.
But what the VAVA SSD Touch brings to the table is ultra-portability and the highest transfer speeds available from today’s consumer technology. It only weighs 1.5 ounces, and delivers read/write speeds of up to 540/480MB/s, which is about five times faster than a standard hard disk drive.
M.2 form factor SSDs are today’s fastest storage options, and thanks to VAVA, that performance is no longer trapped inside of a laptop or desktop computer. So, what does that performance actually look like in the real world? To demonstrate, I transferred a 4.4GB media file to/from a Microsoft Surface Pro and also an Apple MacBook.
Using the included USB-C to USB-C cable, it took on average 10 seconds to move the 4.4GB media file between the MacBook and VAVA SSD Touch — this transfer rate is very close to VAVA’s claimed read/write numbers. Of course, we have to keep in mind that any storage device can only work as fast as the slowest bottleneck it’s connected to. The most common areas of slowdown can include the connection type/cable, the destination device’s hard drive, or the device’s processor.
For example, Microsoft’s Surface Pro only has a USB-A 3.0 port (slower than USB-C), so the average transfer speed for the same 4.4GB file was around 14 seconds, a difference of approximately 4 seconds compared to the MacBook.
While 4 seconds may seem significant on paper, it’s the difference between better and best, and can only be felt in person when transferring hundreds of gigabytes of data. Regular work documents, photos or music files are transferred almost instantaneously to and from the VAVA SSD Touch, even when using the “slower” Surface Pro. Case in point: the library of 4K photos that I shot for this article weighed in at 183MB and were transferred so quickly that the progress bar didn’t even have a chance to appear.
These benefits aren’t just limited to work life, though. It’s also compatible with Android devices, Apple iPads, PlayStation 4, and Xbox One, to name a few popular entertainment products. Unfortunately, iOS devices aren’t supported at the moment, and it’s the only flaw in an otherwise perfect storage companion.
With the VAVA SSD Touch, I think it’s finally safe for me to say goodbye to bulky back-up machines and small capacity flash drives.

For Your Eyes Only

The convenience of bringing your entire work portfolio everywhere also introduces the risk of prying eyes, which is why the VAVA SSD Touch comes standard with AES 256-bit encryption in the form of a password or optional fingerprint unlock.
By default, the SSD comes unlocked, but you can install the included VAVA software to set a password and then register up to 10 unique fingerprints. The ability to recognize additional fingerprints allows for team collaboration/sharing without needing to divulge the master password — this password is required to make any admin changes, including adding/removing fingerprints or turning off security altogether. The entire setup process was effortless and intuitive, and I never ran into any issues with the SSD not being able to recognize my fingerprint.
When a locked VAVA SSD Touch is first connected to a device, the only folders that appear are for the Windows and Mac versions of VAVA’s admin software. You also cannot write to the SSD in this locked state. Only after I touch my finger to the sensor do the other files and folders become visible. It feels like something straight out of a spy movie!

Should You Buy the VAVA SSD Touch?

I don’t think I need to speak in detail about the benefits of having a large-capacity portable drive. As our photos, movies and work files become larger due to advancements in quality, we’ve all probably found ourselves in a situation where we can’t find a USB flash drive with enough memory or dread the slow upload to the cloud.
For those who need to frequently transport or back-up large file libraries, VAVA’s SSD Touch addresses the most common pain points by offering maximum speed, a tiny-yet-stylish form and tons of memory.
The VAVA SSD Touch launches in September 2020 via Indiegogo, starting at $79 for 500GB during the initial promotion period. 1TB ($129) and 2TB ($249) versions are also available. 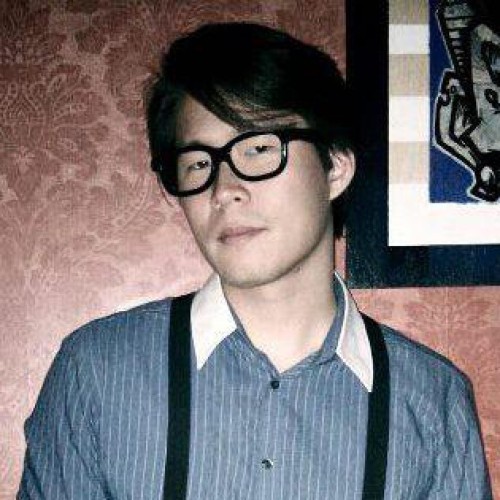