More
HomeTechMicrosoft Just Announced Xbox All Access, But is It a Good Deal?

Microsoft Just Announced Xbox All Access, But is It a Good Deal? Ready player indecisive. Microsoft just launched Xbox All Access, a program that lets customers take home an Xbox One console, plus two years of Xbox Game Pass and Xbox Live Gold, for one monthly subscription fee. This limited-time deal is only available in U.S. Microsoft stores while supplies last, but is it really as good as it seems? We crunched the numbers, and you may be surprised at what we found.

Xbox All Access is aimed at making this popular gaming system more affordable by breaking the price down into 24 interest-free monthly installments. There’s no upfront cost, but you’ll still own the console outright on the day of purchase and can take your new Xbox One system home without a penny down. Customers can choose between a brand-new Xbox One S or Xbox One X, depending on their preferences.
But that’s not all. You’ll also score unlimited access to more than 100 games through Xbox Game Pass, plus online multiplayer with Xbox Live Gold. And yes, that includes new Xbox One exclusives the very same day they’re released. New games are also being added all the time.

Customers who purchase an Xbox One console with Xbox All Access can enjoy the following perks:

This offer is only available for qualified customers via Dell Preferred Accounts, which is a revolving line of credit that can be used for technology purchases. Your console will be covered for one year under the Microsoft Limited Warranty (or 90 days for the controller and accessories). If it malfunctions after the first 12 months, you’ll be responsible for any subsequent repair costs.

There are two Xbox All Access plans for customers to choose from:

There’s no upfront cost with either option, and both are available to anyone who qualifies for a Dell Preferred Account.

In order to take advantage of this limited-time offer, you’ll need to visit your local Microsoft store. From there, you can apply for a Dell Preferred Account to take advantage of the Xbox All Access payment plan upon credit approval. There’s no prepayment penalty, which is nice if you do choose to pay it off early. Approved customers will receive a DPA Welcome Kit (including account info and payment options) by mail within 10 days.

Just make sure you pay off the total purchase price within those 24 months. Otherwise, you’re looking at sky-high interest rates of 19.24% to 29.99%.
Also, keep in mind that you can’t return or cancel the console (or the 24-month Xbox Game Pass and Xbox Live Gold memberships) outside of the standard Microsoft Store return policy.
threadID: 11896615 When you look at the overall cost of these Xbox All Access payment plans, you’re spending a grand total of $527.76 for the Xbox One S bundle and $839.76 for the Xbox One X bundle. But how do these prices compare when you shop for each individual component on Slickdeals?
Based on our previous forum deals, we’ve seen the Xbox One S console sell for around $185 to $200, whereas the Xbox One X has gone for around $388 to $450.
We regularly see offers on Xbox Game Pass and Xbox Live Gold, as well. Game Pass memberships can be found on our forums for an average of $60 per year, while Xbox Live Gold memberships generally cost around $40 per year.
In other words, you can buy the Xbox One S plus 24 months of Game Pass and Live Gold for as little as $385 using Slickdeals. (That’s $142.76 less than the Xbox All Access price.) Similarly, the Xbox One X console plus 24 months of Xbox Game Pass and Xbox Live Gold will set you back anywhere from $588 to $650 using our forum deals. That beats the Xbox All Access price by as much as $251.76!
With that said, the zero-interest payment plan offered by Xbox All Access is a definite bonus, and it makes the Xbox One much more accessible for interested consumers. But if you can afford to buy at least the console upfront and then check Slickdeals for discounted Xbox connected services, you’ll be saving more money in the long-run.
The subscription model seems to be the future of shopping, and we’d be remiss if we didn’t at least give credit to Microsoft for thinking outside the box and adding hardware into the mix.

What are your thoughts on the limited-time Xbox All Access financing program? Is it a deal… or a dud? Sound off in the comments section below! 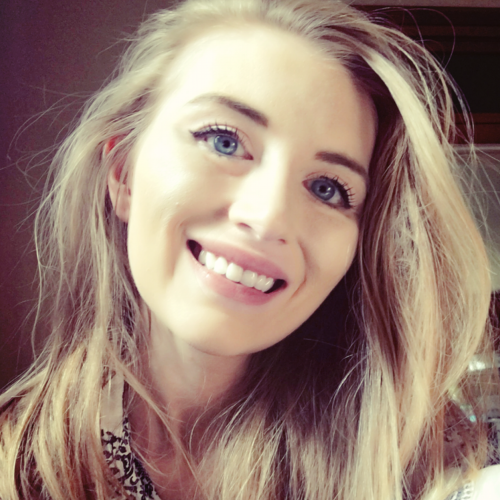 Lesley Sheridan
Lesley Sheridan is a freelance fashion and beauty writer who lives for Pinterest boards, animal prints, strappy shoes and coupon codes. Her bookshelves are filled with Kevyn Aucoin makeup guides, and her favorite band is and will always be INXS. A Kentucky girl at heart, she currently resides just outside of Cincinnati, Ohio, with her rescue cats, a boyfriend who wishes he were an astronaut and a dog whose favorite word is “pizza.”