Dell Inspiron Chromebook 11 2-in-1 Review: Convertible Versatility for the Budget-Minded The Chromebook platform has evolved in recent years from what some considered a dismissible fringe technology to a recognized element of the computing mainstream. Adoption has been slow though. Convincing users to ditch established operating systems in favor of Google’s Chrome OS was seen as something of a gamble — especially for those wary of cloud-based computing.
But the simplicity of the Chromebook concept — along with the relatively low cost — has resonated with educators, as well as many large institutions and budget-minded users with specific computing needs. And while Chromebooks can’t deliver the same capability as Windows or MacOS, the recent integration of the Google Play store brings more potential versatility to Chrome OS by the day.
As Chromebooks have become more popular, the scope of offerings has expanded in turn. Devices like Google’s Pixelbook and Samsung’s Chromebook Pro seek to bring a premium experience to the table. And while we’re certainly not ones to scoff at better materials and more capability, the high price tags of these machines negate some of the original intent and purpose of the platform.
And that’s why devices like Dell’s Inspiron Chromebook 11 2-in-1 hold a certain allure for us. In terms of Chrome OS computing, it promises just about everything you need and nothing you don’t. Plus, it comes in at a price that makes it attainable for nearly any budget.
But is that enough to make it a compelling option for the Chromebook faithful? Let’s find out. Let’s be clear: this Dell isn’t going to win any beauty contests. While high-end machines like the aforementioned Pixelbook boast a sleek aluminum chassis, the Inspiron Chromebook 11 2-in-1 is a throwback to simpler times when Chromebooks were bulkier and heavier. That might seem like a knock against the Dell, but there’s virtue to be found in its plastic casing. It feels rigid in hand, with an air of durability. The Chromebook 11 appears as if it would tolerate abuse without much protest.
Open its glossy lid and you’re greeted by a spill-resistant keyboard, a wide touchpad, and an 11.6-inch IPS touch display with a maximum resolution of 1366 x 768. The 360-degree hinges are sturdy, but a bit stiff. You’ll definitely need to grab the base of the device while opening it, otherwise the rest of the machine is coming along for the ride.


Along the left side of the Inspiron you’ll find a pair of USB 3.1 ports, an HDMI port, a microSD card slot, and a charging port. The right side of the device houses the headphone jack (which also serves as a mic input jack), power button, volume rocker switch, and a security lock.

Under the hood of the Inspiron Chromebook 11 2-in-1 is a dual-core Intel Celeron N3060 chip that’s paired up with 4GB of RAM. While neither spec would set your hair on fire in a Windows environment, the Dell’s performance in Chrome OS is respectable. Most webpages and apps load with reasonable haste, though the Inspiron will occasionally skip a beat or two when loading up more demanding sites and programs.
General web browsing, word processing, and other basic tasks are clearly the Dell’s forte. While moving into more challenging territory, like image editing and high-resolution video streaming, will slow the proceedings significantly.


Considering the platform’s reliance on an internet connection in order to do most tasks, a Chromebook’s WiFi performance may be just as important as its computational horsepower. Fortunately, the Inspiron Chromebook 11 2-in-1 is a respectable performer here, as well. The 802.11 b/g/n/ac adapter provided a rock-solid connection during testing, whether we were in the same room with the router or elsewhere in the building.
Though full compatibility still remains elusive for many apps in the Google Play store, support for Android software is a massive boon for Chromebook users in general. And that goes double for the Dell Inspiron Chromebook 11 2-in-1 when you consider its tablet convertibility. It also makes the 64GB of on-board storage especially handy since you’re no longer limited to just the Chrome ecosystem. While there are bugs to be ironed out on the app side of the equation, the Inspiron handles most Android applications well. Some of the more graphically intensive games, however, will cause it to sweat a bit.

Should You Buy the Dell Inspiron Chromebook 11 2-in-1? Whether or not a Chromebook makes sense for a particular user is all about his/her specific needs. For some, the limitations of Chrome OS are a deal-breaker, for others they’re not really of any consequence. And now that the Google Play store is in the mix, these machines have the potential to be much more useful when off-line as well.
Given that, the Dell Inspiron Chromebook 11 2-in-1 is a worthy entry in the realm of affordable Chromebooks. The performance isn’t mind-blowing, but the solid build quality, low price tag, and overall versatility make it easy to overlook its minor shortcomings.
The 64GB version of the Inspiron Chromebook 11 2-in-1 can be had starting at $293.99 on Dell’s site. However, the 32GB model dipped below two hundred bucks during Black Friday 2018, so you might want to set up a Deal Alert because another bargain may be just around the corner.

Any product or service prices/offers that appear in this article are accurate at time of publish, and are subject to change without notice. Please verify the actual selling price and offer details on the merchant’s site before making a purchase. 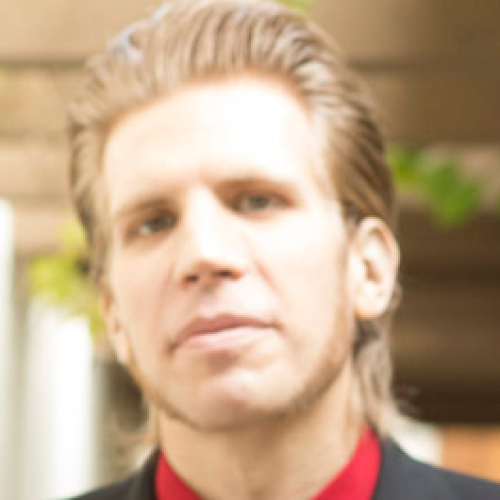 Bradley Iger
Relocating to Los Angeles after completing his undergraduate degree at the University of California, Berkeley, Brad translated his obsession with cars and background in information technology into a unique journalistic voice, lending his efforts to MTV Networks, Autoweek, Hot Rod Magazine, and others. When not behind the wheel, Brad can often be found standing too close to a dimed guitar amp, out on a cycling trail, or breaking something just so he can put it back together.